NEW YORK (Reuters Health) – Most therapies now available for fibromyalgia are not backed by high-quality evidence for their effectiveness in reducing pain or improving quality of life (QOL), according to a new research review.

“Although the certainty about the effectiveness of these therapies is high, their effect sizes may not be clinically meaningful to patients,” he added. “It should be considered by clinicians in the decision-making process and discussed with their patients.”

Mayo Clinic on Fibromyalgia: Strategies to Take Back Your Life
$21.49
Buy on Amazon
Bestseller No. 3

Tender Points: A Fibromyalgia Journey
$3.99
Buy on Amazon
Bestseller No. 4 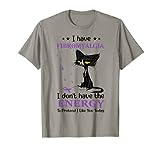 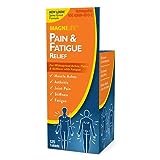 Fibromyalgia For Dummies
$13.00
Buy on Amazon
Bestseller No. 8

What Your Doctor May Not Tell You About (TM): Fibromyalgia: The Revolutionary Treatment That Can Reverse the Disease
$18.99
Buy on Amazon
SaleBestseller No. 9

LiBa Back and Neck Massager - Blue - for Trigger Point Fibromyalgia Pain Relief and Self Massage Hook Cane Therapy
$22.99
Buy on Amazon
Bestseller No. 10 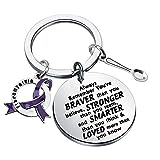 The first thing to know about foam rolling is that there are a lot of nonsensical and made up claims for it with a lot of pseudoscience. The warning is be careful what you read about the use of foam rolling by the gurus and pseudo experts. The claims that get made for the use of foam rolling are not backed up by the scientific research on it. Having said that, it is useful. Athletes use it as part of a warm-up and recovery routines. It can help for some specific conditions such as self-massage for plantar fasciitis.

It does not loosen fascia, that is impossible. Its does not release toxins – that is a claim often made by the scientifically illiterate…. and so on. Do not believe the hype.

Given the muscle pain and trigger points in fibromyalgia, can it actually help beyond the hype and personal anecdotes that surrounds its use? While the research does show some benefits in athletes and muscle aches, there is an extraordinary lack of research on its use in fibromyalgia. There is this study (in Italian) that showed that in people with fibromyalgia that the group that used the foam roller did better than the control group on measures of depression, pain, anxiety and sleep quality. So that is a good finding and does support the use of foam rolling in fibromyalgia.

By all means, please try the foam roller. It does appear that it can help. Just do not fall for the hype, marketing and pseudoscience that gets claimed for it.

All you need to do is buy a foam roller (online or at the local sports shop) and find a program (online, in books, or get a personal trainer). 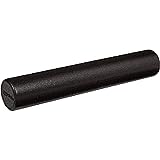 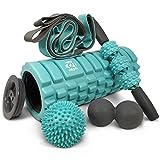 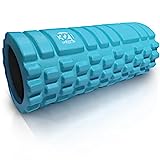 Complete Guide to Foam Rolling
$24.95
Buy on Amazon
SaleBestseller No. 6 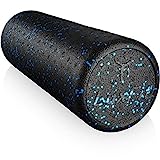 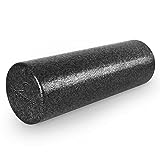 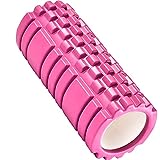 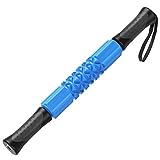 There is no doubt about this. The evidence and science is really clear on this: aerobic exercise is helpful in those with fibromyalgia and leads to significant improvements in the quality of life. There is no doubt on this and we all probably should be doing it anyway.

The nature of the aerobic exercise probably does not matter. There are plenty of options such a cycling, swimming, walking or running. Running or jogging is often the easiest as there are no constraints on when or where that you can do it. It is also the cheapest, as all you need is a good pair of running shoes. It is often best to start out with a slow walk, then as that is comfortable a fast walk, and then when that is comfortable, alternate a slow jog with walking. Only as your body get used to it should you up how fast you jog and how far you jog. The important thing is to increase distances and speed slowly and gradually.

It is also probably advisable to get advice from a physician or exercise physiologist if it has been a while since you have participated in any form of exercise.

A new device that combines low-intensity laser light and therapeutic ultrasound considerably reduces the pain experienced by patients with fibromyalgia.

A scientific study has shown that application to the palms instead of to tender points on different parts of the body has better analgesic and anti-inflammatory effects. As a result of pain reduction, patients also sleep better and are able to perform daily tasks with less discomfort. Their overall quality of life also improves.

In an article published in the Journal of Novel Physiotherapies, researchers at the Optics and Photonics Research Center (CEPOF), one of the Research, Innovation and Dissemination Centers (RIDCs) supported by the São Paulo Research Foundation – FAPESP, describe the concomitant application of low-intensity laser light and therapeutic ultrasound for three minutes to the palms of the hands of patients diagnosed with fibromyalgia. The treatment consisted of ten twice-weekly sessions.

“The study describes two innovations: the device and the treatment protocol. By emitting laser light and ultrasound simultaneously, we succeeded in normalizing the patient’s pain threshold. Application to the palms differs from the focus on tender points found practically everywhere today in fibromyalgia care,” said Antônio Eduardo de Aquino Junior, a researcher at the University of São Paulo’s São Carlos Physics Institute (IFSC-USP) in Brazil and a coauthor of the article.

The research was also funded by the National Council for Scientific and Technological Development (CNPq) and the Brazilian Innovation Agency (FINEP).

The principal investigator for the project was Vanderlei Salvador Bagnato, Full Professor and Director of IFSC-USP.

In the study, 48 women aged 40-65 and diagnosed with fibromyalgia were divided into six groups of eight at the Clinical Research Unit run by IFSC-USP in partnership with the Santa Casa de Misericórdia hospital in São Carlos, São Paulo State.

The results showed that treatment involving application to the palms was more effective regardless of the technique, but the laser-ultrasound combination significantly improved the patients’ condition. Assessments were performed using the Fibromyalgia Impact Questionnaire (FIQ) and the Visual Analogue Scale for Pain (VASP).

The idea of testing the effects of the new device in application to the palms of the hands arose from a review of the scientific literature.

“Previous studies showed that patients with fibromyalgia had larger numbers of neuroreceptors near blood vessels in the hands. Some patients even had red points in this region. We therefore changed focus to test the direct action of the technique on these sensory cells in the hands rather than just so-called pain trigger points, such as the trapezius, which is typically very painful in fibromyalgia patients,” said Juliana da Silva Amaral Bruno, a physical therapist and first author of the study.

The study showed that application to the hands affects all pain points in the patient’s body. The same FAPESP-funded center group had previously published an article in the Journal of Novel Physiotherapies describing a case study in applying the device to pain points. Although the results of this first study were satisfactory, global pain reduction proved impossible.

“Combined application of ultrasound and laser to pain points such as the trapezius was highly effective but did not succeed in reaching the other main innervations affected by the disorder,” Bruno said. “Application to the palms of the hands had a global result, restoring the patient’s quality of life and eliminating her pain.”

According to the study, the optimization of peripheral and brain blood flow via the activation of sensitive areas of the hands during the sessions normalized the patient’s pain threshold.

“It’s important to bear in mind that this isn’t a cure but a form of treatment that doesn’t require the use of drugs,” Aquino said.

Fibromyalgia is a chronic disease that involves widespread nonarticular high-intensity pain lasting longer than three months. It affects 3% to 10% of the adult population, with a higher prevalence in women. Although patients experience pain in practically the entire body, they do not present with injuries, inflammation or tissue degeneration. Two other mysteries are associated with fibromyalgia: its cause is unknown, and no cure has been found so far.

According to Aquino, the new device that combines ultrasound and laser therapy should come to market in early 2019. It is currently being tested for other pathologies by researchers at the FAPESP RIDC.

“We’re testing it for osteoarthritis, knees, hands and feet, and the results have been interesting. Other projects are being designed for other diseases,” Aquino said.

Mayo Clinic on Fibromyalgia: Strategies to Take Back Your Life
$21.49
Buy on Amazon
Bestseller No. 3