DARIEN, IL – A study in the Oct. 15 issue of the Journal of Clinical Sleep Medicine found that adults with fibromyalgia had a much higher prevalence and risk of restless legs syndrome than healthy controls.

The study suggests that treating RLS may improve sleep and quality of life in people with fibromyalgia. Results show that the prevalence of restless legs syndrome was about 10 times higher in the fibromyalgia group (33 percent) than among controls (3.1 percent).  After statistical adjustments for potential confounders such as age, gender and ethnicity, participants with fibromyalgia were 11 times more likely than controls to have RLS (odds ratio = 11.2).  As expected, considerable sleep disruption was reported by participants with fibromyalgia using the Pittsburgh Sleep Quality Index, Insomnia Severity Index and Epworth Sleepiness Scale. In the fibromyalgia group these sleep problems were more severe among people who also had RLS.   “Sleep disruption is common in fibromyalgia, and often difficult to treat,” said contributing author Dr. Nathaniel F. Watson, associate professor of neurology at the University of Washington in Seattle, Wash. “It is apparent from our study that a substantial portion of sleep disruption in fibromyalgia is due to restless legs syndrome.”     The research team led by Dr. Watson and lead author Dr. Mari Viola-Saltzman of Loyola University Medical Center in Maywood, Illinois, studied 172 people with fibromyalgia who had a mean age of 50 years; 93 percent were female.  They were compared with 63 healthy controls who had a mean age of 41 years.

Fibromyalgia was identified by self-report or review of the medical records, and it was confirmed on examination according to published guidelines regarding the presence of pain that is chronic and widespread. Pain was assessed by subjective report and by objective measurement with a dolorimeter, a spring-loaded gauge that is used to apply standardized rates of pressure to tender points on the arms and legs.   According to the National Institute of Arthritis and Musculoskeletal and Skin Diseases, fibromyalgia can cause significant pain and fatigue.  It is estimated to affect 5 million Americans age 18 or older, and between 80 and 90 percent of those diagnosed with fibromyalgia are women.  The causes of fibromyalgia remain unknown.

Restless legs syndrome was diagnosed using a self-administered, validated questionnaire.  RLS is a sleep-related movement disorder that involves an urge to move the legs that is usually accompanied or caused by uncomfortable and unpleasant sensations in the legs.  This urge begins or worsens during periods of rest or inactivity, is partially or totally resolved by movement, and worsens or only occurs at night.  RLS occurs 1.5 to two times more commonly in women than in men.   Watson noted that treating restless legs syndrome may be one of the keys to reducing fatigue and improving quality of life in people with fibromyalgia.  RLS often can be successfully treated with a medication such as pramipexole or ropinirole.   “Since restless legs syndrome is a treatable condition, diagnosing and treating RLS in fibromyalgia patients has the potential to improve their sleep,” Watson said.

According to the authors, the cross-sectional nature of the study did not allow for an examination of causality. However, several aspects of the two syndromes suggest a logical overlap.  Both disorders involve sensory abnormalities, and a similar pathophysiology of the system that regulates the neurotransmitter dopamine has been proposed for both syndromes.  Furthermore, restless legs syndrome may be induced by antidepressants, which are a common treatment for pain and depression in fibromyalgia.  Also, exercise has been shown to improve the symptoms of both syndromes.   The study was supported by the National Institute of Arthritis and Musculoskeletal and Skin Diseases of the National Institutes of Health and by the National Fibromyalgia Research Association. 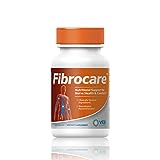